As has happened before, I had prepared my post, it was going to be my last one on: “Who Am I ???”. I was going to make final changes-yesterday (Friday).  Plans changed. I knew I had to get out of my system what had been plaguing me,  for quite a while. I must use the tell of a work meeting. The true issues, I can write about, it just may take quite some time to come to a true acceptance of the realities I know I must face.                     Mind you, the below photo depicts, for me, what would have been a wonderful setting.

Instead, this  is similar to our table, at work, with basic stacking chairs—oh well. 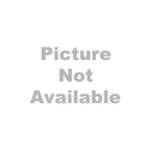 Friday morning-April 24, it was time for me to present my case to the Accident Committee, regarding the bus accident on April 2. I had put together 2 reports.  The detailed one I refer to as the God report : “A Chuckle Moment” , a post from April 11. The 2nd one was: “The Work Report”, a non-post. Since I have my site on my phone  and laptop, I tend to do writings there, it is easier.  I am embarrassed, though. I printed out both reports and failed to redact site information. Oh well.

What I need to do, is step back to the previous evening, things might make better sense.     At a meeting I was told to retell of the happenings that were weighing on me.  Then, it was shown to me the time of year these were occurring: my older sis’ situation, the bus accident, the upcoming May 3. I am adding Mother’s Day. I was told the bus accident would be especially weighty and  hopefully the upcoming meeting would lighten the load, a bit.  All seem to be adding to the grief.  It was amazing hearing the happenings being retold to me. Just a note about coconut oil.  This is the brand Bob & I use. I make a tea using coconut oil, cinnamon sticks, honey and gelatin. I read that the daily recommendation for coconut oil is 3 1/2 T.      Here is something: I have been putting coconut oil (from the one with a white label) on my eye areas, at night. I have done this for only a few days. I am noticing that my eyes which hurt and burn from the ocular rosacea have not been bothering me, as much. I have no idea if this is wrong to do, but my eyes feel a little better.  I  am going to try this for a while  and see if it does help.  Who knows, maybe it might help my rosacea face not hurt as much.