This has been a tough week. I have been short with my husband, I have not used a nice tone on the work radio, there have been many frustrating moments on the bus. I thought it was Shawn related, until I looked at my calendar and pieced together why my emotions had been so bonkers. Turns out, I have been missing my sister Kathy. Today would’ve  been her 59th b.day.  I am so grateful that I had gone to meet Kath, in person. We had never been together, as she was given up for adoption, when she was very young.  When I was in my early 20’s Kathy called me explaining who she was. Throughout the years we had many conversations. After Shawn died, Kath checked in on me, every couple of days. When she received a bad report regarding her ovarian cancer, I checked in on her every other day.

It was so neat, we would finish each other’s sentences. We were in sync. The day I walked into her bedroom, in Pennsylvania, we both felt like the other was a kindred spirit. Kathy was first to notice that she was the non-emotional, private type of person. I would  also add, she got the brains.

After our first talk, back in the early ’80’s, Kathy sent me a package of Pennsylvania things. The only thing, of the many, that I remember, Kathy’s favorite : 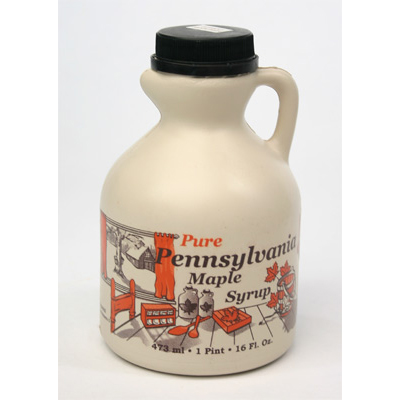 It was the best maple syrup I had ever tasted.

I am going to make audio a post I wrote from my visit with Kathy. A Broken Vessel June 27, 2015

On May 20, 2017, President Trump was at a reception ceremony, in Saudi Arabia. All the guests were seated. A calm was over the setting as several  men entered the room. They were dressed in white, each had a gun at their side and they were carrying fancy coffee pots.  There were many guests, it took many to serve. The men moved around the room so effortlessly. The camera was at a good angle to capture the impressive capabilities of one of the men pouring coffee.  As the man was pouring the coffee, he moved the tiny cup up and down. Not a drop spilled !!! I was so amazed.  I have replayed that section, several times.  I thought it was such a beautiful scene to watch. For the life of me I cannot figure out why no one commented on it, at least not that I have heard. I wonder why it happened that I had glanced up and seen this part ?   The soldier was graceful, steady and accurate. I was so impressed !!!

It made me hope that my school bus driving skills, or anything else I do, could appear so effortless.

My counselor is doing research on a distant relative named Helga. She was an artist, from Iceland in 1858. My counselor is interpreting her many  poems, into English so he can put them into a book.  Throughout our meetings, he has read several of those poems. For some reason, Helga feels like a kindred spirit, if that is possible~with so many years between us. Helga had suffered many losses and hardships. Her words are spot on.  My counselor told me the reason I feel a connection is because Helga and I have a lot in common, even our personalities.

At our new church, the elders like folks to figure out what kind of service, each can do, to help the church body. I struggle with this stuff. I never think I am good enough to have any service action that would help others. Near the end of June, during, a church meeting about our church moving to a new church location, I was at the back of the sanctuary, standing and holding tight to the chair in front of me~the kidney stone pain was pretty bad that day, all of a sudden this loud thought came into my head. I wanted to find out if I could be the dish washer. The woman in charge of the kitchen tasks had just stepped into the doorway behind me. I asked her if she needed someone to help with washing dishes ? She kind of chuckled when I told her I love washing dishes by hand and said she could use the help. Turns out there is another person who loves washing dishes, she is from Ghana. How cool is that !?!

So why am I talking about washing dishes ?  Well, during my August visit with my counselor, I was discussing my sadness about not getting to decorate the beach for Shawn and my frustration about being so weird,  like washing dishes.  He told me 3 things: (1) I am an artist; the Christmas card ornaments I make. (2) I am a planner/doer; my beach decorating. Although, this year, I decorated Hillyard Skate Park for Melissa and Shawn:

(3) I am an encourager; my prayer/care notes I send out.  I told my counselor he had given me a lot to sift through, accept and believe. I explained my frustration about how God could ever use someone like me ??? I was told that God gave me those desires/giftings and to keep doing them. God will be glorified through my actions.           I was asked if I had heard about Brother Lawrence and his little book “The Practice of the Presence of God” ? I couldn’t recall it. Well, turns out, he was a dish washer. Below is a little tell of Brother Lawrence:

The last thing my counselor thought was important for me to know, before our meeting was finished, was that I needed to realize that I do not have a spontaneous nature. I love pattern. How he knew that I do not know. It was explained to me that when something happens, it takes me several hours to adjust or regroup. Yep, that is correct.  Plus, I usually need time alone for the processing to work itself out. I was told that it is okay to be frustrated with delay/change, it just takes me a while to accept and readjust. I explained how embarrassing it is, cuz I feel like folks don’t understand. I was told, again,  I just need to keep doing the things I love. Details will work out eventually.

School bus driving starts in 3 days. This past week I gave myself just 3 tasks, as a finish of summer break.       I really liked my new Prayer/Care book I had put together, but adding photos was too hard. Plus, I still have more photos I need to add.       So, my 1st task for last week, was to make a new Prayer/Care book, one that would hold card~stock, envelops and double sided tape. Last week I had made 13 cards to send out. I was amazed at how quickly my supply shrank !!!

My new Prayer/Care book is full !!!

My 2nd task was to reorganize an upper cubby area in the garage. I had various boxes of paperwork to sort through and toss. It had been 6 years since I last organized that area.

Mice had somehow filled my roller skates with dog food~~~tiny Chihuahua nuggets. The mice had eaten several of my favorite patterns. Worst of all, the mice had tinkled on and in many of the boxes. My task grew. All cardboard boxes had to go !!! I checked on~line and read that ants and mice do not like peppermint or eucalyptus essential oils~ I hope !!!

As I was sorting, I came upon a box, untouched by the mice. Why ???  As it turned out, it was the box that contained papers from my custody situation. I did not want to go down that memory trail. Those legal documents only reopened wounds from the 1990’s, they needed to be tossed !!!        First,  I decided to check for anything of importance.

My heart was struck when I came upon a note. I did not re~look at it, so I do not know when it had been written. The note was from each of my children. Their words were: “Mom, please still love us.”  For several years, Melissa and Shawn were gone from my life. I never stopped loving them !!!      ‘nough said.   God saw fit to allow it.            It is just another time added to the long list of things, from my life,  that I cannot see how God can use.

One of the messages from my Prayer/Care cards is:

We never know what kind of situation may slam us down. Sometimes, it may take a while to find one’s footing. For me, it has taken quite some-time to not be afraid of being hurt, again. I have difficulties trusting God. I have told God, during each trial, some happening when I was very young, that He was giving me too much to handle. And yet, the next trial has been more difficult and each trial has been ever so lonely.

Find moments to cherish or at-least try to make moments to cherish. Devastation may happen for most, at-least once. There maybe others who go through many devastating trials, in their lives. Find ways to reach out, show you care~hard as that may be, at times. At least, try.

Here is another sample of a Prayer/Care note:

sometimes that is all one can muster.

For quite some time, I have been trying to organize Shawn’s photos and videos. I came upon a video that I had taken just after Shawn died. He was being rolled away from me. I had asked if I could record the leaving. I promised I would not get the medical person’s face. He was very understanding. Shawn’s bed had a navy blue vinyl cover over it. The path was quite familiar. Each time Shawn had been taken to surgery, oh so many surgeries, this was the same path. I had recorded some of those times, as well.  I remembered all those moments when Shawn’s bed had gone through those same double doors towards the elevator. I would always stand there for a few moments, just in-case…he would be, suddenly, brought back all better.                                While recording Shawn’s exit, I did not recall anything out of the ordinary. The other day when I happened upon this video, as Shawn was being rolled through those same double doors, there was this bright light. It enveloped that whole end of the hall, as Shawn’s bed went into it. I had never seen that bright light, before. My mom’s heart,  paused.

As I have struggled, openly, with Shawn’s death, I have asked God how He can use~even me ?  At the same time, I have been afraid of my next trial.  As I move forward, will I be able to handle the next phase of my life ?

My 3rd task, last week,  was to see if Red Cross had donation openings. I chose the 29th, because Shawn died when he was 29.

My pulse and BP were just fine. My temperature was spot on.     I am too short to do the double red cell donation.  I learned that there are different diets for each blood type. My Hemoglobin needed to be better than 12.5. I was at 13.7. I asked about donating plasma and platelets. They require more time. So, I will put that on my to do list.

At-least I was able to finally take this step !!!

I sure hope I can keep giving. It is the only way I can think of to pay-back towards those wonderful donors who gave selflessly and kept Shawn alive a little longer.